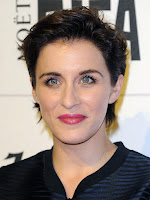 Set in contemporary London, Trigger Point, is a high-octane six-part thriller series focusing on the Bomb Disposal Squad. Known as “Expo”, officers risk their lives daily on ‘the long walk’ towards danger.  Death is always just a heartbeat away.

Vicky McClure (Line of Duty, I Am Nicola) will play front line officer Lana Washington, who is an experienced bomb disposal operative. Reckless and out of control, Lana is ex-military and pushed to breaking point dealing with a series of improvised explosive devices which threaten the capital during a terrorist summer campaign.