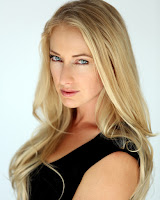 How hard is it out there for an actor to snag jobs? Via her new series Disgraced (available on YouTube and Amazon Prime), Victoria Vertuga explains…


For those that haven’t seen the series, what is it and where can they find it?

DisGraced is about an actress who got what she thought was her big break as the lead in the third installment of an action franchise, but it was a huge flop and she became persona non grata. Our series takes place five years later as she's attempting to claw her way back up. It's a dark, cringey, uncomfortable comedy and a satire of the entertainment industry.

You can find it on YouTube and Amazon prime.
Youtube.com/c/DisGracedTheSeries


And are we seeing the REAL you in Disgraced?

Yes and no! It was obviously inspired by real events that I experienced as an actress working in this industry, and Grace definitely is a piece of who I am, but we're also different in many ways as well.