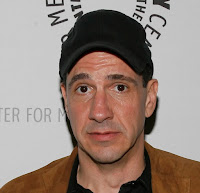 Sam Lloyd has died. Best known for his role as sad-sack lawyer/a capella enthusiast Ted Buckland on long-running NBC sitcom Scrubs, Lloyd was a veteran character actor with more than 60 credits to his name, across a 30-year career. Lloyd was diagnosed with cancer last year; numerous members of the Scrubs family organized a GoFundMe at the time to help pay his medical costs. Lloyd’s death was reported on social media today by co-star Robert Maschio, with his agent later confirming the news. Lloyd was 56.

Although he came up as a stage actor, Lloyd got his first break on the screen during the 1988 TV season, when he was cast in two different episodes—as two different characters—on NBC’s Night Court. He followed that with his first regular TV role, on the short-lived Valerie Harper sitcom City, but didn’t get his first real, high-profile exposure until 1993, when he had a memorable two-episode stint as TV Guide/Elaine Benes obsessive Ricky on the fifth season of Seinfeld.