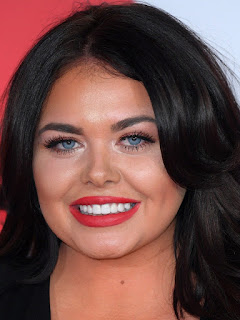 Scarlett Moffatt announced as the host of ITV2's new cookery dating show, Love Bites
ITV2 today announced that TV favourite Scarlett Moffatt will host brand-new cookery dating show - Love Bites - a 30 x 60" series made by Ricochet, a Warner Bros. International Television Production UK Company.
Airing this autumn, Love Bites will see three suitors battle it out to win a date by each cooking a three-course meal using the same box of ingredients, in a bid to win a date with a single foodie.
Culinary skills will be put to the test, and Scarlett will be there every step of the way as she guides the singletons through the experience as they cook up a storm in the pursuit of love.
Scarlett Moffatt said: "I am beyond excited to be hosting ITV2's new show Love Bites which is coming to your screens this autumn. I've always been obsessed with both dating and cookery shows so this rolled into one really is the dream gig for me.
"I've had such a blast filming with the daters and watching them whip up a storm in the kitchen. Make sure you stay tuned to check it out in all its glory, it's a culinary and dating delight served with lots of LOLs so perfect TV for the colder months."