'South of the River' an ode to rock ‘n’ roll and the beauty of Brixton and London life starring Alex Gillison, David Spinx and Ewen MacIntosh, directed by Joe Watkins - on digital 2nd November 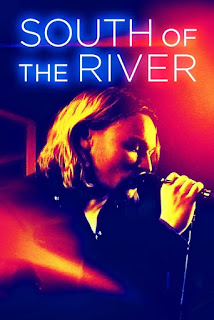 An ode to rock 'n' roll and the beauty of Brixton and London life, South of the River follows front man Aaron as he navigates life, love and cancer. This funny and touching debut feature from Joe Watkins is released digitally on 2 November 2020 courtesy of Patriot Films.
The Undefined are a struggling South London rock band with their sights set on greatness: lead singer Aaron (Alex Gillison) and guitarist Jackson (Joe Watkins) are juggling the usual routine of drink, drugs, gigs and hook-ups, aspiring to be the next big thing, while Aaron ignores his doctor's appointments and tries to run away from the brutal reality of his life-threatening illness.
When he meets the alluring Laura (Alexandra Metaxa), and his estranged, philandering dad (David Spinx) makes a sudden return to his complicated life, only Aaron can decide whether to rock until he drops or grow up to survive.
Will Aaron sink or swim South of the River?