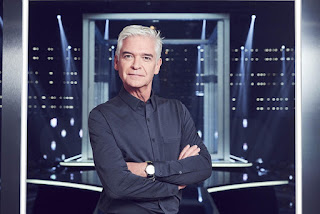 ITV's award-winning hit show The Cube is back and promising higher stakes than ever before with a life-changing one-million-pound jackpot.
Host Phillip Schofield will return to preside over the high-octane gameshow, which sees contestants attempt seemingly simple tasks within the high-pressure confines of the iconic Perspex box.
Pairs of contestants, from the same household, take on The Million Pound Cube. As well as facing solo games, they will also face brand new two player challenges.
Each pair will have nine lives to complete seven games, each worth an increasing amount of money, as they move closer to the huge jackpot. Players will have to overcome extreme nerves and frustration as they take on deceivingly simple tasks such as throwing a ball into a container, balancing on a beam or stopping a clock at precisely 10 seconds. But will they have what it takes to beat the mighty Cube?
Episode 1
Brothers Adam and Jon have their teamwork put to the ultimate test, whilst twin sisters Priya and Shreya endure a nerve-shredding journey in their quest to win one million pounds. Just seven games stand between both pairs and a fortune – but can they handle the pressure and beat the Cube?