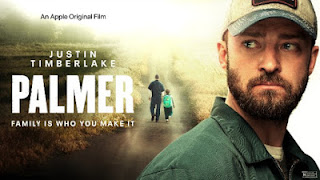 Palmer is a 2021 drama movie directed by Fisher Stevens starring Justin Timberlake. It will be available on Apple TV in January.
https://apple.co/2Ww0O3y
The film is about Eddie Palmer (Timberlake), a former college football star, who saw his professional career shattered after he was imprisoned. He returns to his hometown after spending time in prison only to find trouble hounding him from his past. He then forms an unlikely friendship with a boy who was abandoned by his mother. While caring for him, Eddie also meets and starts a relationship with Maggie (Wainwright), a teacher.
Release Date January 29, 2021.