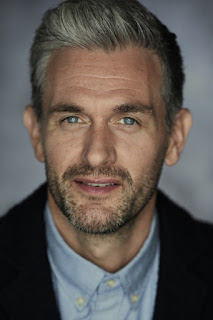 This January Glen Wallace will be taking over our TV screens in two hit series - ITV's award-winning drama Marcella, as well as ticking another top British soap off his list and hitting the cobblestones of Coronation Street.
Glen will be appearing in Coronation Street from 29th January as Lucas, a business associate of Carla's who finds himself embroiled in her personal problems too...!
From the BAFTA nominated The Secret, to his British Soap Award nominated performance as Malachy Fisher in Hollyoaks, Northern Irish actor Glen Wallace has also appeared in Wire in the Blood, Casualty and Eastenders.

Marcella is set to return to ITV on Tuesday, January 26 at 9pm.
Coronation Street airs Mondays, Wednesdays and Fridays on ITV.