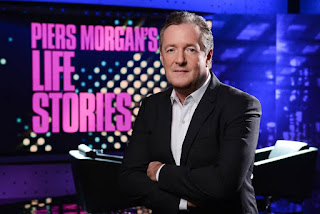 ITV has announced that Piers Morgan will be joined in the studio by Sir Keir Starmer for a rare and fascinating insight into the man behind the politician.
This hour long episode of Piers Morgan's Life Stories, which will be filmed next month, is the first interview with a party leader on Life Stories since Piers interviewed Gordon Brown when he was Prime Minister, in 2010.
The episode will see Sir Keir reflect on his childhood in Surrey as the second of four children. His stellar career in law – which earned him a knighthood. His family life and move into politics, culminating in his appointment as Labour leader in April 2020. And how Sir Keir has spent the last year leading his party in lockdown from his spare room.
Piers Morgan said:
"It's very unusual for party political leaders to submit themselves to such lengthy personal interviews and I am delighted that Sir Keir has agreed to talk to me about his fascinating life. It promises to be a memorable and very revealing Life Stories show."
This episode, which will air later on ITV in the coming months.