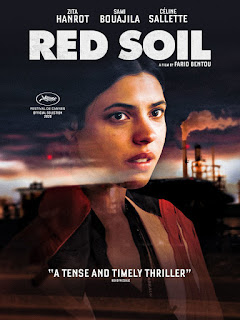 Red Soil is a described as an edge-of-your-seat thriller and is produced by the Dardenne brothers and directed by Farid Bentoumi. Zita Hanrot (The Hookup Plan), Olivier Gourmet (The Kid with a Bike) and Céline Sallette (The Returned) lead the cast. The film serves as part of the official selection of Cannes 2020 and will finally street in August.

Nour (Hanrot), a young nurse, finds a job running the infirmary at the chemical plant where her dad (Sami Bouajila) has been labouring for 30 years. She soon discovers a vast cover-up involving toxic waste dumping, cancer victims and a corrupt local government. Now the young woman will have to choose between hiding the truth for her father's sake or becoming a whistleblower and speak out against corporate greed to uncover the local pollution scandal.