In The Strange Pursuit of Laura Durand - New Poster and Trailer 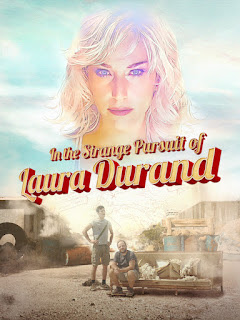 Antonis and Christos are down on their luck, disconnected from modern society and surviving mainly on Christos' unemployment benefit. Their only escape in life is their passion for music and their 8-bit band, Speed_28.
The two friends are united by their common, platonic love interest, Laura Durand, a porn star of the '90s who disappeared mysteriously years before. As the friends' lives go from bad to worse, they decide that the time has come to start the quest for Laura Durand.
An award winning and hilarious road movie, loaded with an amazing and eclectic soundtrack, In the Strange Pursuit of Laura Durand is a feelgood, touching and very original story, that stays with you long after watching.
The film has been a hit on the international festival circuit being Officially Selected at Tallinn Black Nights, Mons International, Sarajevo Film Festival, Athens International, Monte Carlo Comedy Film Festival, Red Rock Film Festival, Sunscreen, Cannes World Film Festival and more.
In the Strange Pursuit of Laura Durand will be available on Digital Download from 17th January